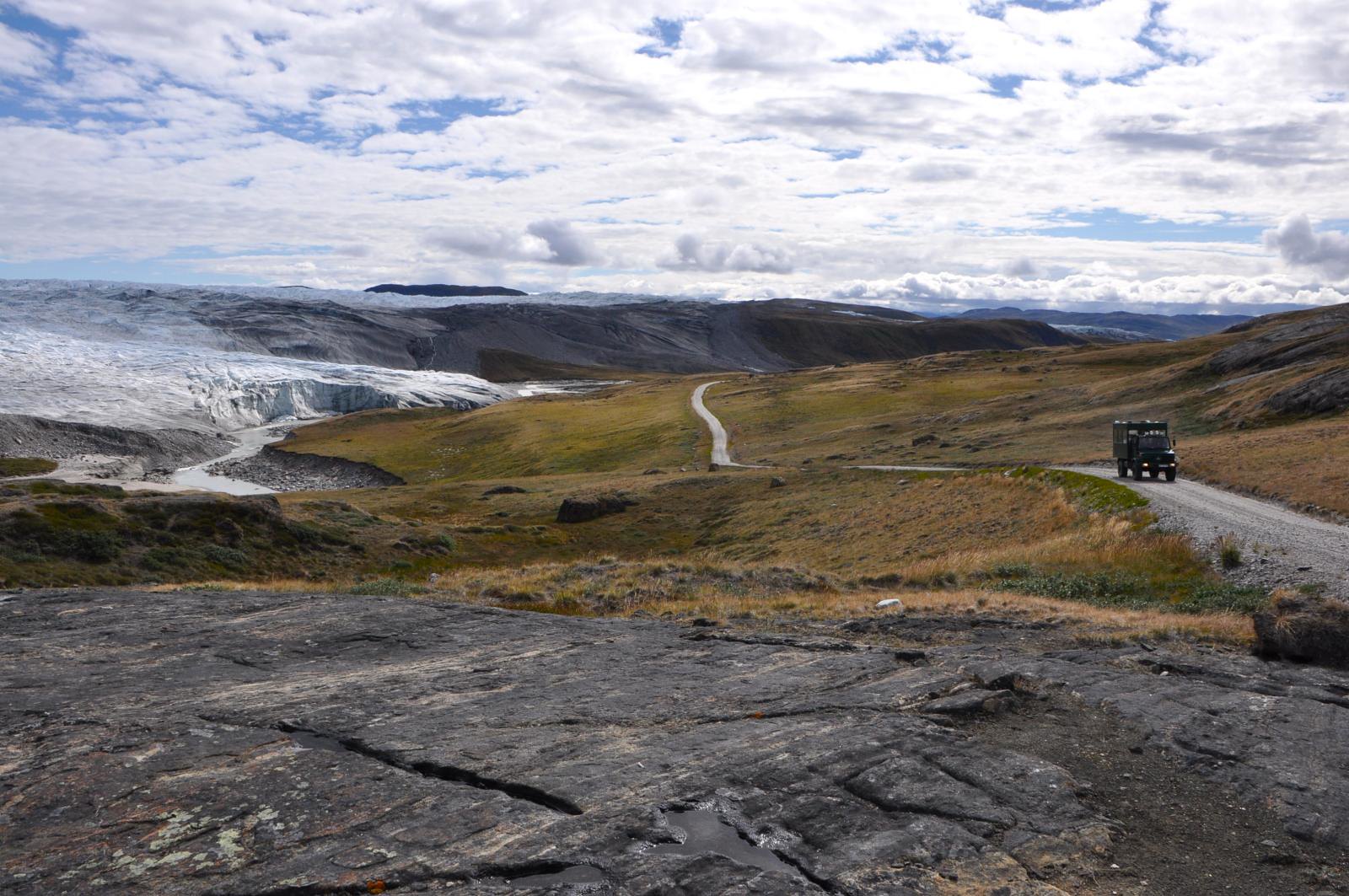 The road to the Greenland ice sheet

The Greenland Ice Sheet is the second-largest ice entity worldwide following the Antarctic Sheet, covering 4/5 of Greenland. Like the ice sheet of Antarctica, the Greenland ice sheet is considerably affected by climate change and gradually retreating, suffering significant transformations and anomalies affecting the ice extent and thickness of the ice. Kangerlussuaq is offering unique and straightforward access to the ice sheet through a road built twenty years ago by the car company Volkswagen to conduct winter testing on the ice sheet. To get a brief idea about scientific works conducted about the ice sheet, please visit the following links:

Research on the Greenland Ice Sheet

Numerous research activities are organized further on the Greenland ice sheet. Remote research stations internationally-known such as the Summit Station are located there and are regularly hosting international research teams. Studies performed from this station strongly contribute to getting a better knowledge of the atmosphere, cryosphere but more generally about the ongoing transformations of climate systems: the surface mass balance of the ice sheet, snow and ice’s physics, astronomy and seismology. However, projects can also be performed further on the ice sheet by installing field camps to realize ice core drilling or measurements regarding the snow or rivers on the ice sheet rivers from surface meltwater. If American researchers can get support from the US Military Air Forces; Air Greenland is providing air support for researching on the ice sheet, especially by providing helicopters able to fly heavy equipment and passengers. Snowmobiles can be bought in Sisimiut and be bring on the ice sheet by air for instance. A second solution would be working with Norlandair, an Icelandic company providing planes able to land on ice and snow.

Research on the edges of the Greenland Ice Sheet

Researching on the edges of the Greenland ice sheet, just beside point 660 for instance where it can be found the Russel and Leverett Glaciers formed from the ice cap, is straightforward. This type of research does not require high-level logistics. Indeed, if researches are organized during the spring and summertime, scientists generally bring their measurements instruments with basic furniture (generators, tents, handsaw, shovels, sleeping bags, etc.). Thanks to the ice sheet road, reaching the edges of the ice sheet is effortless. 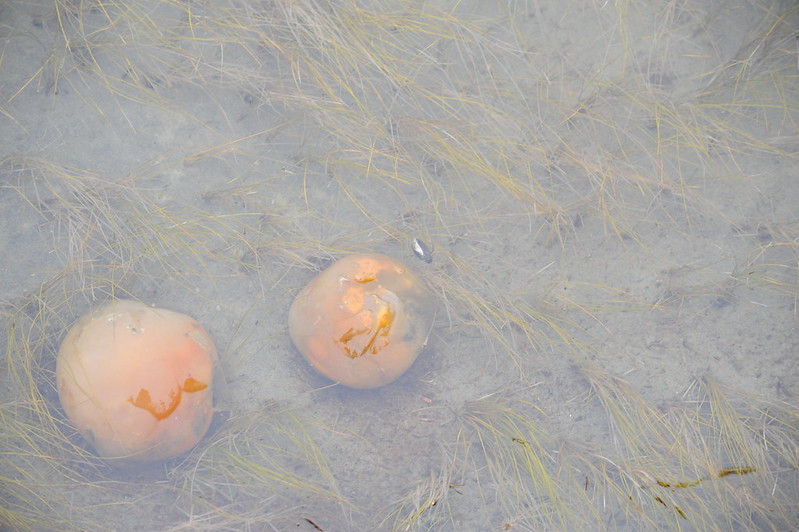 Diverse research opportunities related to terrestrial ecosystems are offered by the surroundings of Kangerlussuaq, from the microbial activities on the ice sheet to the lakes and wildlife. These ecosystems have been affected by serious transformations these last decades because of higher temperatures with cascading effects (dust production, herbivore densities on tundra vegetation, soils …). That is the reason why Kangerlussuaq is presented as the representative site for observing a continental Arctic landscape under transition and a great place to develop climate change research.

Following some of the key components of Kangerlussuaq’s ecosystems:

Kangerlussuaq is a nice location for conducting atmospheric and meteorologic studies. A research station, the Sondrestrom facility, has been functioning for more than thirty years to make studies about northern lights, upper atmosphere, clouds and storms but also for performing non-geospace measurements such as solid earth or stratospheric and environmental research. For more information regarding the opportunities offered by the surroundings of Kangerlussuaq, please check the section “Kelly ville” and the website of the Sondrestrom facility to get access to the studies performed throughout the years.

Research on the fjord system

West Greenland is recognized by the scientific community as one of the representative places to get an understanding of sea-level changes. The fjord of Kangerlussuaq, located in West Greenland, is approximately 160-170km long and 1 to 6km wide, largely influenced by two major river systems: the Watson River and the Orkendalen river. The fjord is also influenced by icebergs from the fast-flowing Kangerlussuaq’s glaciers. Heavily affected by the climate disruption, the mass loss from the ice sheet is increasing the freshwater flux to the ocean and especially the sea level rise. If the landscape appears to be rather alpine to the west of the fjord with elevations up to 1000m with glaciers and the Sukkentoppen ice cap, the east of the fjord appears undulating with elections up to 600m. Valleys are covered by numerous lakes, constituted by abundant vegetation and rich wildlife.

Aasivissuit – Nipissat is one of the three UNESCO World Site Heritage in Greenland, stretching from the Davids Strait at the Arctic Circle Close to Sisimiut to the Greenland ice sheet close to Kangerlussuaq. This 417,800ha area presents unique and diverse opportunities for research, from sea mammals to land mammals and archaeological investigations for the different cultural sequences in the prehistory of Greenland. Archaeological investigations displayed traces of Saqqaq, Dorset and Thule culture: these traces highlight the fact that these different cultures have used the same path on their seasonal migrations from sea to the inland, hunting caribou and other small animals. All these cultures have used either umiaq, kayak or walked to the inland for approximately 160km in rough terrains and dangerous waters.

aFurthermore, diverse types of animals are living in the area of Aasivissuit-Nipisat area: different mammals such as humpback whale, fin whale and mink whale, seals, fishes such as Atlantic cod, salmon, arctic char or capelin. Various kind of birds can be found in the area as well: sea birds, ptarmigan, geese, duck, eider, eagles, arctic tern, razorbill and so on. The game species of the inland are caribou which have been hunted for 4500 years, but also arctic har, polar fox and since the sixties musk ox. Regarding the vegetation, the arctic landscape presents diverse flowers and plants such as crowberries, blueberries and lingonberries as important sources of vitamins in the traditional diet. The vegetation cover consists of dwarf shrubs, willow and dwarf birch, while grass and steppe vegetation, which occurs primarily in the interior makes up about 10%. 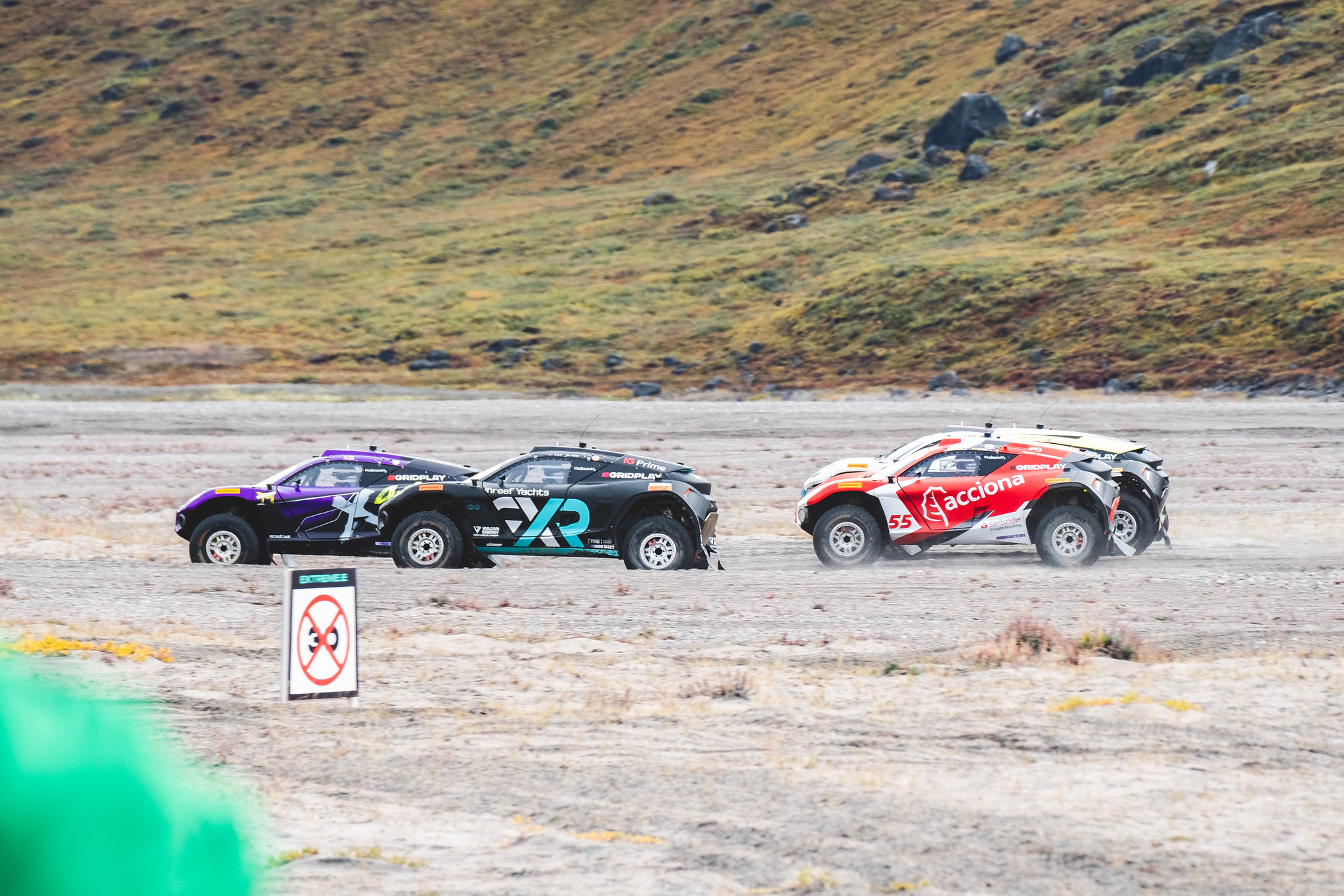 Kangerlussuaq has attracted many companies testing their latest inventions in extreme cold climate. “If it works in Kangerlussuaq, it works everywhere”. Especially the leading car manufactories of Europe has testet their cars in and around Kangerlussuaq. VW even build the road to the Ice Sheet, when they tested cars on the Ice Sheet in 1999-2005.

In 2014 BMW tested their newest hybrid cars in Sandflugsdalen, on different lakes and on the road network of Kangerlussuaq. Although small in international terms Greenlands largest road network of 80-100 km (now being expanded towards Sisimiut) with access to many frozen lakes together with the proximity to the cooling Ice Sheet gives unique opportunities to test your newest equipment in longer periods than anywhere else on the planet. 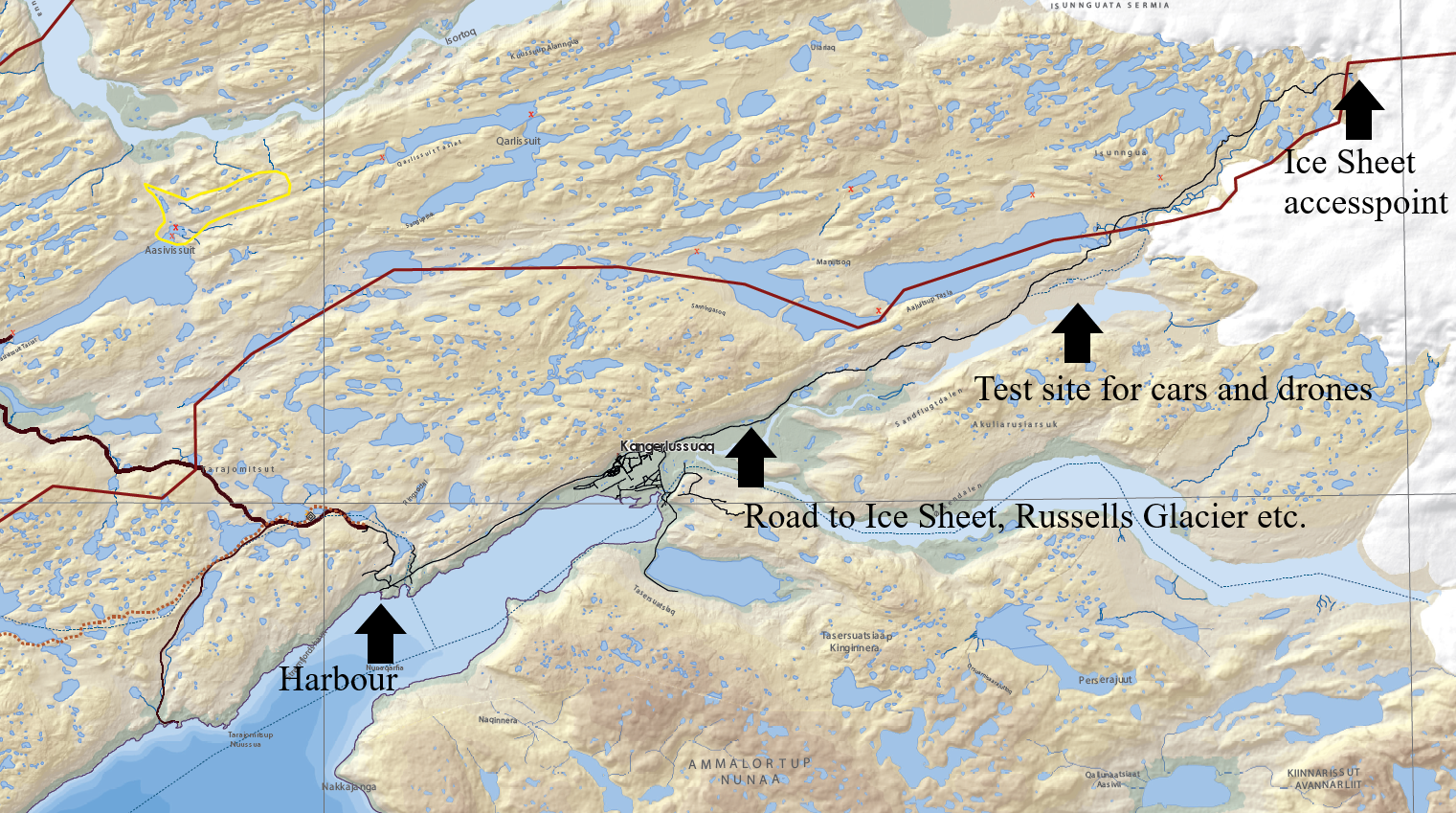 The car companies have also found it very useful to be able to test cars on the runway in the airport. In the winter season the runway is free for scheduled air traffic in weekends and on Wednesdays.