The history of Kangerlussuaq is closely tied to its international airport which plays the role of the main gateway for reaching Greenland. The history of the settlement is actively linked to the United States who are still physically present to support research activities funded by the National Science Foundation. The settlement has been founded to establish the base Bluie West-8 in 1941. In the aftermath of the second world war, Danish authorities took over the base but a bilateral treaty signed in 1952 returned the base to American military air forces. Finally, the Greenlandic Home Rule Government took over the base in the aftermath of the cold war.

Since then, the airport has been hosting international flights from Copenhagen and Iceland thanks to its 2810 airstrip. New international airports in Nuuk and Ilulissat are being built, but the future of Kangerlussuaq International Airport is secured by an agreement between Greenland Government and Danish Air Forces, that Danish Air Forces will pay for the necessary renovation of the runway. The Danish Air Forces wants the airstrip to at least 2500 meters, so their Rescue and Safety flights and helicopters can continue to operate out of Kangerlussuaq. The combination of the airport with a secured future, the straightforward access to the ice sheet and the rich opportunities offered by the surroundings of the settlement are offering unique opportunities for natural science research related to climate change, and in fine developing a sustainable research production for the local community.

The main comparative advantage to research in Kangerlussuaq is getting straightforward access to the ice sheet through a road of 35 km. The road has been built by the German Volkswagen Group in 1999 from the town to point 660 and then extended with 120 km on the ice sheet to run a car test industry named Aurora. After the departure of Volkswagen in 2004, the Municipality of Qeqqata took over the road in order to keep this essential infrastructure for the tourism industry. However, the road became increasingly important for scientists who become progressively interesting in climate changes. Today, the road is appreciated by the research community and gives easier access to the ice sheet compared to Antarctica. Scientific projects are also possible alongside this road (especially related to the tundra, wildlife, Glaciers, lakes).

The ice sheet road is being repaired in 2021-22. In 2021 the first 20 km’s were improved, so trucks and busses could access the Extreme E event site in August 2021 easier. In May 2022 the last 15 km’s are being repaired including the two small bridges.

Arctic Circle Road between Kangerlussuaq and Sisimiut will offer cheap opportunities to move between both towns by offering scientific opportunities with improved access to a larger area, especially the UNESCO World heritage: Aasivissuit-Nipisat. The road will also give independence to researchers who are today too dependent on airlines’ limited number of departures and the weather. In addition, such a road will give options for a diversified research industry in the region, with better access to communities located on the coasts from Kangerlussuaq. The Article Circle Road will be a new infrastructure connected to the ice sheet road which will improve the whole Kangerlussuaq’s road network outside the town – already the largest and most developed one of any towns in Greenland and develop in fine the integration of the region.

Arctic Circle Business and Qeqqata Municipality published in 2019 the report “Tourism Development by the Arctic Circle Road”, which concluded that the road was a sustainable infrastructure for the Government and Municipality to finance.
In September 2021 Greenland Government published a “Risk Assessment of Sisimiut-Kangerlussuaq Road” conducted by international renowned consultants Oxford Global Projects (OGP). The risk assessment concludes: “There is sufficient supporting evidence from the stakeholder interviews, case studies, and literature to conclude that the primary tourism benefits presented in the business case are plausible.

The OGP conclusion have released 5 mio. DKK from both the Government and the Municipality for the planning of the Arctic Circle Road. The task was awarded private consultants Verkis, who will carry out the necessary investigation in 2022.

In 2020-21 the first 130 km’s of the 155 km’s long ATV track between Sisimiut and Kangerlussuaq was built by Qeqqata Kommunia. The last 30 km’s of the ATV track is expected to be built in the summer 2022. The ATV track will give Verkis access for their investigation. The ATV track can also be used by small scale tourism and research projects. 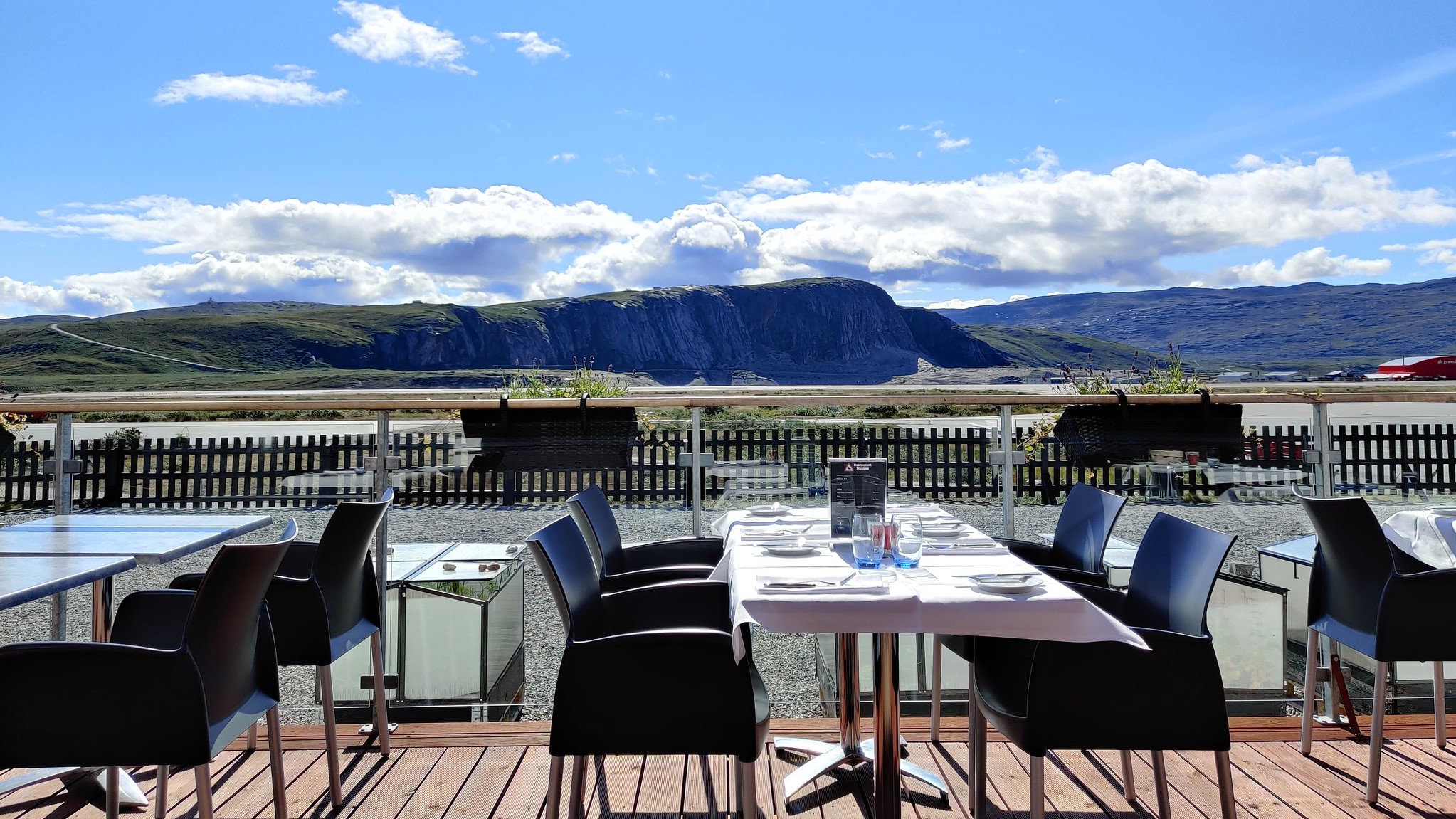 The town of Kangerlussuaq

Kangerlussuaq is a small settlement with more than 750 beds for tourists researchers. The settlement is divided into four parts:

Kelly Ville or the Sondrestrom Upper Atmospheric Facility of Kangerlussuaq

The Sondrestrom Upper Atmospheric Research Facility, also named Kelly Ville, is located approximately 15 kilometres away from Kangerlussuaq. This base has been kept operational from 1983 to 2018 by the National Science Foundation and the Danish Meteorological Institute. This facility was “dedicated to scientific studies of the polar ionosphere and upper atmosphere” (signalization in situ) thanks to a lidar system allowing researchers reaching up to ninety kilometres altitude. The research station is equipped with a scatter radar initially designed to measure the effects of nuclear bombs on radio waves propagation in the South Pacific but it has finally been established in the Article circle area to measure the auroral cusp. Equipped with a parabolic dish of 32 meters, the radar has been supplemented by other scientific instruments (stable floor for optical benches, power capacity for additional equipment, etc.). The main topical areas of researchers were concerning:

A list of publications using data from Sondrestrom can be found on www.isr.sri.com/pubs.html

The research station was also supporting other instruments not involved in upper atmospheric research, with some instruments funded by US agencies and others from foreign institutions (mainly from Denmark, Germany and Luxemburg). The research facility is not used since 2018 and will be dismantled in 2022/2023. Possibilities to take over the building are existing, in collaboration with the Municipality. 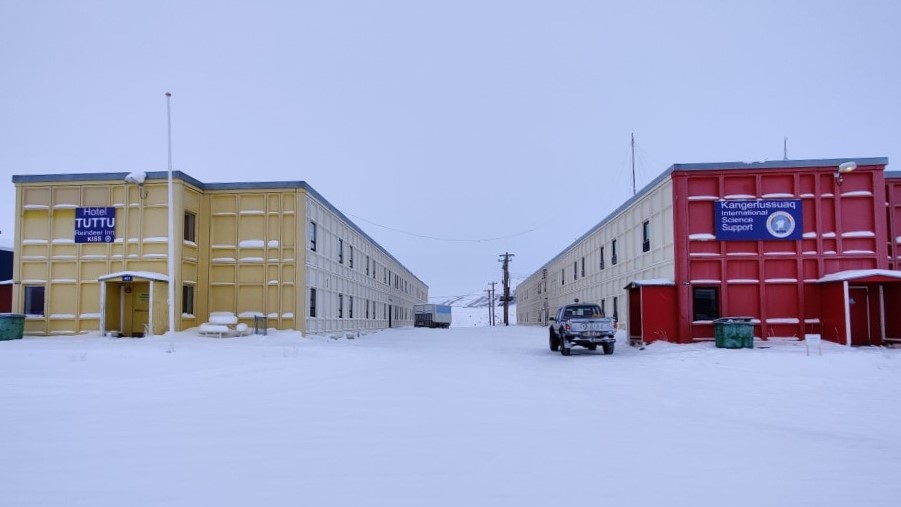 As a University or Research Institute, you have the option of using the KISS facilities, but you can also build your research station or rent a building for the purpose. According to the Municipal plan of Qeqqata Kommunia, several options are available for the research and test industry in Kangerlussuaq. (+map from municipal plan).

There are possibilities in the surroundings for building research facilities to the east near the ice sheet along the road to the ice cap (map from the municipal plan). West of Kangerlussuaq presents opportunities for building along the Nature Road to Sisimiut. A special possibility is available in Kellyville, where the radar of the Sondre Strom Research facility will be dismantled in 2022 if no one shows interest in securing the future of the facility. Qeqqata Kommunia takes over the five living houses and will transform them into a new combined research facility and school/research facility. Please contact Qeqqata Kommunia if you would like to take part